This line-up of Terry Jones Rogers, Michael Curtis, Scott Nienhaus and Tim Politte is an amazing and authentic group, all classic rock veterans, and will be the highlight of your event!! YOUNGER THAN YESTERDAY will transport you back to the golden age of the 60's and 70's....Get ready to Rock!! 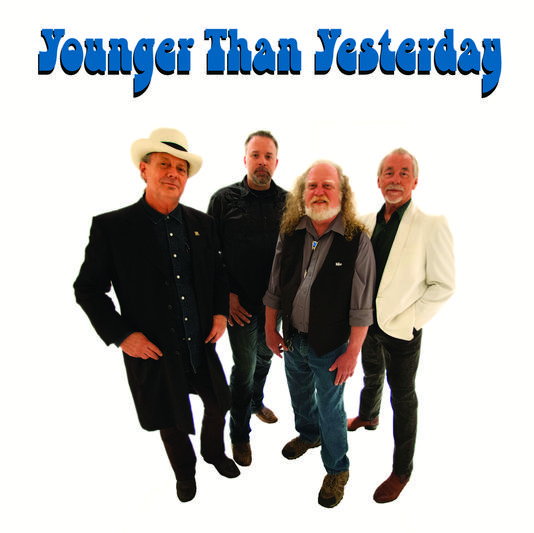 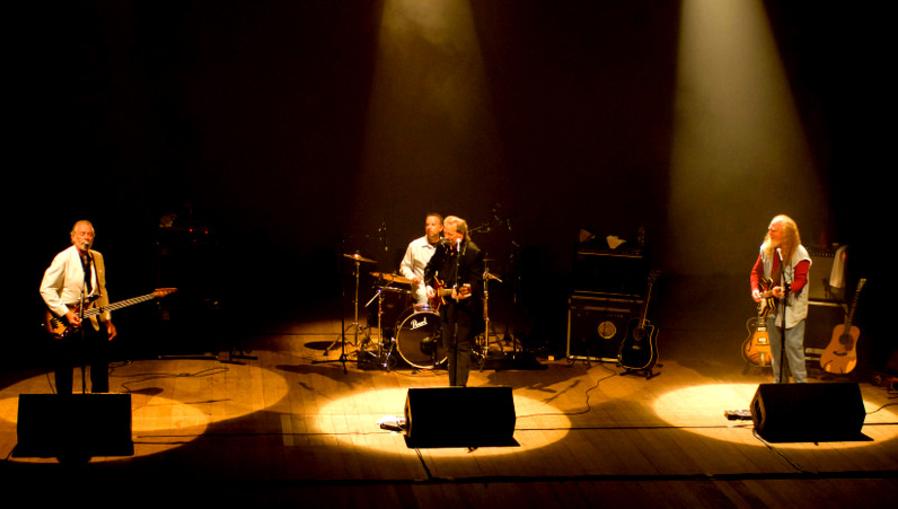 YOUNGER THAN YESTERDAY~ Tribute to The Byrds

Terry Jones Rogers was invited to join The Byrds when they reformed in 1988, by Michael Clarke, the original drummer. This led to a long association with The Byrds, as Terry fronted the group on it's national and international tours.

This line-up included Michael Clarke, Skip Battin, Carlos Bernal, Jerry Sorn and Terry Jones Rogers. John York replaced Bernal on the 2nd half of a national tour, but departed after only a few months, flying home to be with his expectant wife. At this point, Skip Battin stepped up to the bass position, as he did in his former stint with The Byrds. This 4 piece line-up of Michael Clarke, Skip Battin, Jerry Sorn and Terry Jones Rogers then embarked on their first extensive tour of Europe, as The Byrds featuring Michael Clarke. This line-up continued to tour nationally and internationally until Michael Clarke's untimely death, in December of 1993.
In early 1994, Terry Jones Rogers and Skip Battin formed  The Byrds Celebration, along with newcomer Scott Nienhaus, who had been introduced to Rogers by their mutual friend  Supe Granda of The Ozark Mountain Daredevils, and Ron Gremp, also a member of The Daredevils.
When Gremp returned to his gig with The Daredevils, Gene Parsons agreed  to reunite with his old "Byrds' mate Skip Battin, and   THE BYRDS CELEBRATION  embarked on their first European Tour in 1994.

At the end of this 1st tour of Europe for The Byrds Celebration, Gene Parsons left to work with Fender Guitars, designing guitars with his patented Stringbender mechanism, that he had designed for Clarence White. Vince Barranco, a very talented session drummer in Nashville,TN, replaced Parsons, performing with THE BYRDS CELEBRATION on many tours of Europe and the U.S., as well as playing on The Rogers / Nienhaus Band CD 'Empty Room' recorded in St. Louis,MO at Music Masters Studios.

​   After an automobile accident involving Vince Barranco, Tim Politte, who had worked with Scott Nienhaus in his band, Acousticity and with The Nicolette Larson Band, joined The Byrds Celebration. This line-up continued to tour, until Skip Battin retired from touring for health reasons in 1997. Michael Curtis, who had played extensively with both Michael Clarke and Gene Clark, as well as being a member of Crazy Horse, and  The Curtis Brothers had recently relocated from Los Angeles,CA to Nashville,TN, and was introduced to Terry by their mutual friend Susan Heffernon, which led to an invitation to join THE BYRDS CELEBRATION.

​With the addition of Michael Curtis to the group, came the addition of some Curtis Brothers' classics, like  "Southern Cross", recorded by Crosby, Stills & Nash, and "Blue Letter" recorded by Fleetwood Mac as well as a newer Gene Clark song "Gypsy Rider" which had been a regular featured song in The Byrds featuring Gene Clark that included Michael through most of the 80's.
In 2002, after David Crosby purchased the trademark "The Byrds", The Byrds Celebration changed their name to 'YOUNGER THAN YESTERDAY~a Tribute to The Byrds' and continue to tour nationally and internationally, including 2 tours of Brazil in 1997 and 2012.

​ On September 28, 2011, YOUNGER THAN YESTERDAY began a new recording project at Music Masters Recording Studio in St. Louis,Missouri. This long awaited record, featuring their original music, many of the songs having been performed along with The Byrds classic hits through the years as they toured with The Byrds Celebration and then YOUNGER THAN YESTERDAY. This recording was released on Friday May 31, 2013 at the historic Wildey Theatre in Edwardsville,IL, and despite a tornado roaring through town and knocking out all electricity, they carried on with a completely acoustic performance to the packed house!

Now in 2021 YOUNGER THAN YESTERDAY is still packing venues and rocking crowds wherever they perform!!