Terry Jones Rogers was born in Corpus Christi,TX on June 11,1953, the 2nd son born to a singing, guitar playing Naval officer Tom Rogers Jr., and a singing, ukelele strumming gal Sara Jane Rogers.
After several moves, the family settled in Macon,GA, a town with a rich music heritage, which certainly influenced Terry's love for music, as well as the constant music around the Rogers' house. After experiencing a standing ovation at age 5, singing his first solo in church, Terry's path was chosen. The Rogers Family, his Brother Tom and Mother Sara as well as Grandfather Jones on occasion,  soon were performing in churches across Georgia and Alabama.
In 1969, Terry teamed with fellow Maconite Mark Heard, and formed the group Infinity+3, recording an album of mostly original songs in 1970. College years in Athens,Georgia brought a new band called Hawkeye, leading to opening shows for Goose Creek Symphony. After returning to Macon in 1973, Terry teamed with Bill Pound and Buddy Greene, calling the trio Rogers, Pound & Greene. 3 days after forming, Rogers, Pound & Greene opened a show at the Macon Coliseum for It's A Beautiful Day, James Gang and Brownsville Station. When Greene returned to his college education, The Pound & Rogers Band was formed, recording at Capricorn Studios with famed producer Paul Hornsby, and Pyramid Studios on Lookout Mt. with British producer Michael Stewart, and touring the East Coast through the rest of the 70's.
In 1983, Terry met Michael Clarke, original drummer for The Byrds, Flying Burrito Brothers and Firefall, in Hilton Head,SC, leading to his long association with The Byrds, fronting the group nationally and internationally after Clarke's invitation to join the reformed band, The Byrds.
Moving to Nashville,TN in 1993, he was introduced to Scott Nienhaus by their mutual friend Supe Granda of The Ozark Mountain Daredevils, and they were soon working together in the newly formed group, The Byrds Celebration, as well as Rogers & Nienhaus.  In 1994 Terry and Scott went into Music Masters Studio in St. Louis to record a CD, along with Skip Battin and Vince Barranco, as well as special guests  Supe Granda, Sandy Weltman, Rick Ramhberg, Joe Geil, Gary Brokaw, and Brad Koberman, called, "Empty Room" The Rogers / Nienhaus Band with Skip Battin leading to numerous tours of Europe in support of this release.
Now living in the St. Louis Metro area since 2006, Terry and Scott have become local favorites with their fiery performance and pristine harmonies.
In addition to Rogers & Nienhaus, Scott and Terry have teamed up with Supe Granda and Tim Politte to reform an old group that they started in Nashville,TN, The Real Macaws and recorded a CD at Music Masters Studio with old friend Greg Trampe as co-producer. The CD, titled 'Standing Alone' The Real Macaws , was released in 2011 and is now available online and at all performances.
In September of 2013, YOUNGER THAN YESTERDAY...ROGERS, NIENHAUS, CURTIS & POLITTE, released their self titled CD, YOUNGER THAN YESTERDAY. The CD release event was held at The Wildey Theatre in Edwardsville,IL and has become a thing of legend, as a tornado took out all the power in town just minutes into the show, prompting YTY to bring out their acoustic instruments to finish the show! Still performing currently in 2021.

New recording/video projects are currently underway and will be released this year of 2021 and also exciting plans for next year 2022!!! 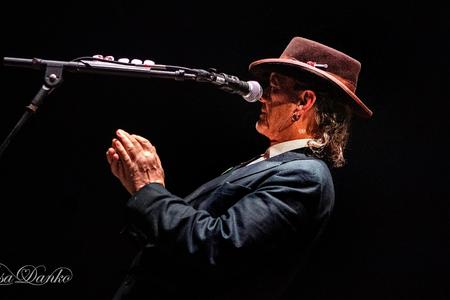 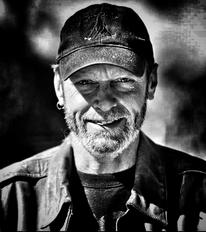