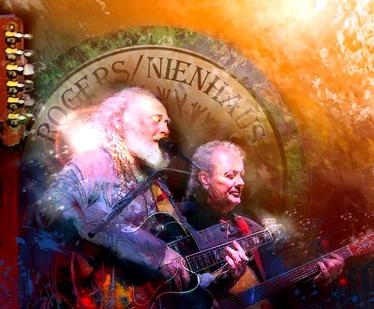 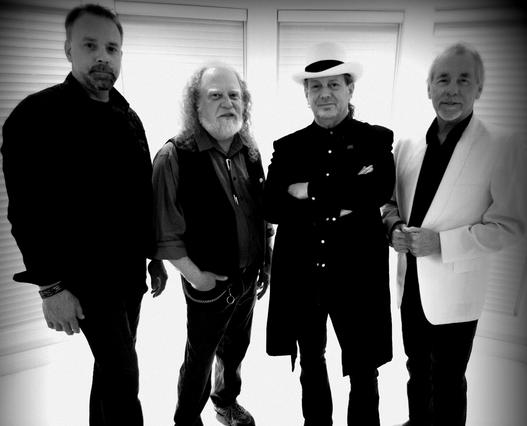 Art comes in many forms, in a miriad of expressions, born from inspirations as diverse as the Universe. Music is a constantly evolving art form, flavored by the artists who create it, blending cultures and styles into a recipe that sooths the soul. It certainly is a "Soul Stew" bursting with flavor with the combination of Terry Jones Rogers, Scott Nienhaus & R. Scott Bryan...a bit of Macon,Ga blended with a healthy dose of St. Louis,MO, and careers that have traversed the globe...Terry Jones Rogers fronting The Byrds with Michael Clarke and The Byrds Celebration, Scott Nienhaus with The Nicolette Larson Band, Firefall and The Byrds Celebration, and R. Scott Bryan with Sheryl Crow, The Peter Mayer Group and The Allman/Betts Band.
All three are very talented singer-songwriters as well as multi-instrumentalists, inspired by the great songs and harmonies of a diverse group of Artists, including The Beatles, The Byrds, Crosby, Stills, Nash & Young, Steely Dan, Louis Armstrong, Tom Waits, James Taylor, Jackson Browne and so many more!! Each has a voice unique in it's own way, whether singing lead or in beautiful harmony, both live and in the studio, blending together with experience that will titillate the senses. Don't miss an opportunity to see and hear this exciting new combination, introducing to you now, Rogers, Nienhaus & Bryan.

Two exceptional musicians with a lifelong career of performance on the world stage, ROGERS & NIENHAUS are just that.....world-class!!! With pristine harmony and searing instrumentation, they are truly a 'not to be missed' act, whether performing as a duo or with The ROGERS & NIENHAUS Band. Terry Jones Rogers & Scott Nienhaus have been performing together since meeting in Nashville,TN in 1993, when Terry invited Scott to join the newly formed group, The Byrds Celebration, along with Byrds alumni Skip Battin and Gene Parsons.  Both Terry and Scott had storied pasts when they began their long career working together; Terry's Macon,GA roots, recording at famed Capricorn Records Studio with The Pound & Rogers Band and touring the world with classic rock veterans; and Scott's St. Louis,MO roots with his band, Blueberry Hill Records recording artists Acousticity, and touring the world with The Nicolette Larson Band. Now based out of the St. Louis Metro area, ROGERS & NIENHAUS have become local favorites with their fiery performances and flawless harmonies, as well as performing national and international engagements. 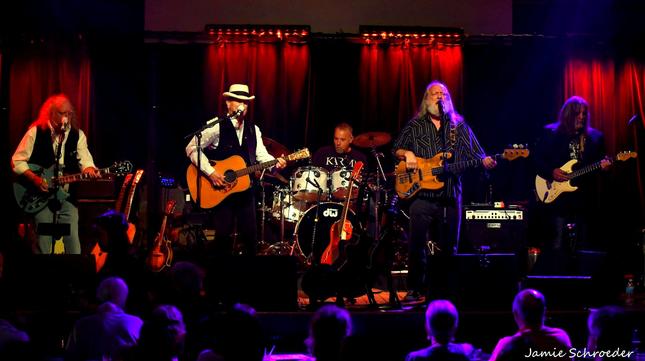 This line-up of Terry Jones Rogers, Michael Curtis, Scott Nienhaus and Tim Politte is an amazing and authentic group, all classic rock veterans, and will be the highlight of your event!! YOUNGER THAN YESTERDAY will transport you back to the golden age of the 60's and 70's....Get ready to Rock!!

ONE-EYED PARROT, INC
Now booking 2022, 2023 and beyond for your events. All of these professional ensembles are led by

The REAL MACAWS formed in Nashville,TN around 1994 soon after Terry Jones Rogers and Scott Nienhaus moved there at the urging of their mutual friend Michael Supe Granda of The Ozark Mountain Daredevils. They formed The Real Macaws, along with famed fiddler Vassar Clements, to fill time between their respective tours with The Daredevils and the newly formed BYRDS CELEBRATION. They released their CD "Standing Alone" in 2011 recorded in St. Louis,MO at Music Masters. Now in 2019, the band includes St. Louis Hall of Famer Steve Scorfina (REO Speedwagon, Pavlov's Dog).

This band will get you on your feet with their Rockin' Americana!!!