The Real Macaws are all classic rock veterans with life-long careers in music:

This group will rock your event with their Rockin' Original Americana!!!! 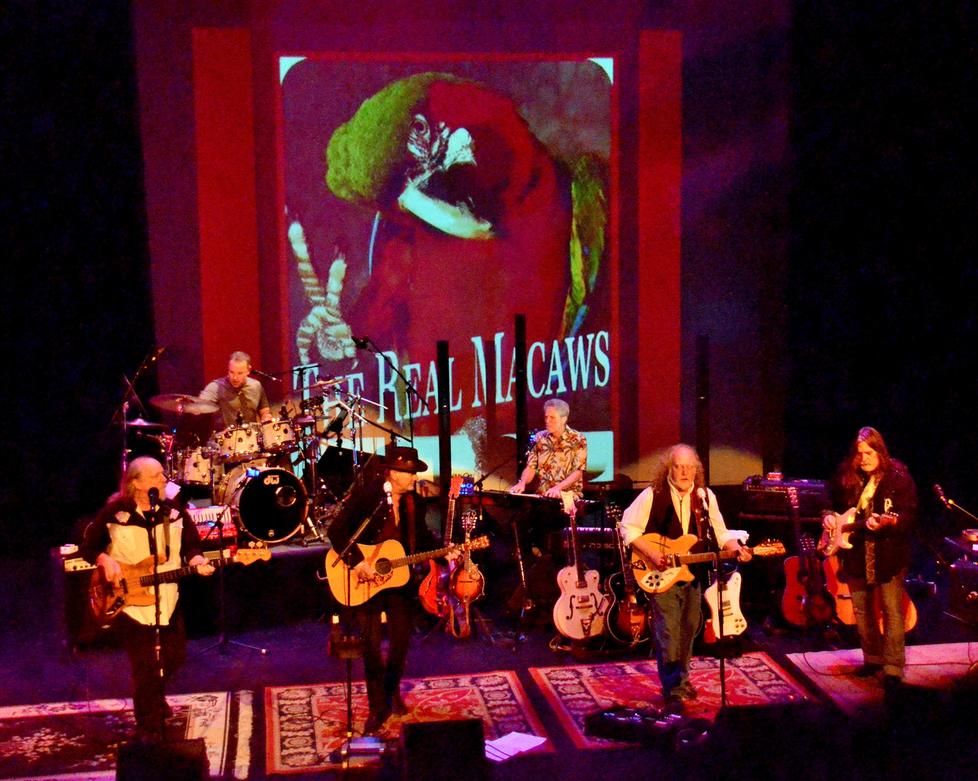 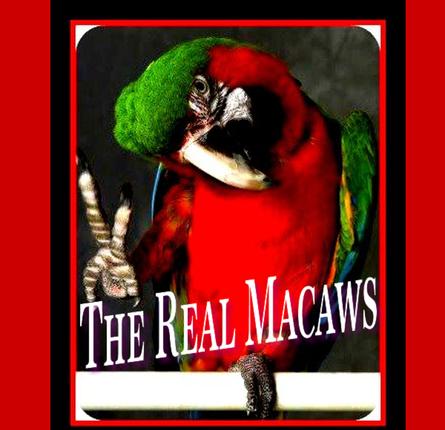 The Story......
The ringing phone shattered the silence of the quiet summer morning. I didn’t mind one bit. No one in Nashville minds when their phone rings. It just might mean some work. When I answered, Terry Jones Rogers was on the other end. Though, we had just met, I enjoyed the man’s demeanor, as well as his tastes in music.
Having recently united with Michael Clarke and Gene Clark, he had taken over the majority of the lead vocals in their newly formed version of The Byrds. With Gene’s untimely death, Michael decided to soldier on. Terry was thrust completely into the spotlight, shouldering the entire vocal load.
I was glad to hear from him. I was even gladder when he asked if I could fill in for their bass player, who wasn’t going to be able to make a gig that Saturday. When he asked if I could get to Louisville, I informed him that my truck was full of gas. When he asked if I needed a tape to learn the songs, I told him that wouldn’t be necessary.
I knew the entire Byrds catalogue like the back of my hand - as well as those of the Beatles and Buffalo Springfield. All of those songs were in my repertoire when I cut my teen-age, rock-n-roll teeth. Plus, on many occasions recently, I had met up with Michael Clarke on the road, when the Ozarks played gigs with Firefall. I jumped at the chance to be a Byrd with him.
The gig was a blast. Playing those songs was a real thrill. The convivial Clarke and I met as old, rock-n-roll fogies, having spent much of our adult lives in planes, trains, automobiles, hotels, restaurants and concert halls. Tonight, for the first time, we played as bandmates.

When the gig finished, Michael and Terry asked if I could play the following week in Boston and the week after that in Texas. Thus, began a two-year stint as bass player for The Byrds. With Michael’s passing, that chapter came to a quiet close.
Terry and I stayed in touch, as he moved from his Macon, Georgia home to Nashville - much as I had done several years earlier from St. Louis. During our airport lobby times together, I often told him of a good friend of mine he really should meet and sing with.

​   As guitarist, vocalist and focal point for his band, Acousticity, Scott Nienhaus and I maintain numerous common traits. Along with the many stages we shared when his band toured with my band, not only do we both hail from St. Louis, we walked the halls of the same southside high school. We also share a hearty appetite and mutual admiration of all things Beatles, Byrds, Buffalo Springfield Nash and Young.
Acousticity had just returned from a tour of Japan (as Nicolette Larson’s band), when Scott and Terry met. I knew they would hit it off, famously. They did, heading directly into the wood shed - Gene Parsons’ wood shed. Merging with Parsons and Skip Battin, the two became four, hitting European circuits with a very fun and funky version of The Byrds.
I dug what was happening. As Scott and Terry began to intertwine, I could effortlessly jump in, play some bass and throw in some songs. It was that easy. The final element was also as easy. Drummer, Tim Politte, who had, not only spent the last ten years playing and singing alongside Scott in Acousticity and The Nicolette Larson Band, had also moved to Nashville.
Though, we have scattered, there is much shared history. It was simple and fun to fit the pieces of the puzzle together. It still is.

These eleven songs are a result of the many winding roads we walked together, some standing alone...
I’m glad I answered that phone....
- Supe